Thurgoland is first mentioned in the Domesday Survey of 1086 and was called Turgesland after a Saxon.

The spelling of the village name evolves from Turgesland to Turgarland in 1090, Thurg’land in 1259, Thurgoland in 1549, Thurguland in 1577, and in 1578 Thorgoland and eventually evolved to Thurgoland again.

The next earliest known reference is in Joseph Hunter’s South Yorkshire 1828-31. It had been in the time of Edward the Confessor (1063 – 1066) soke (area of land) to Tatshalla or Tanshelf, an area of North West Yorkshire (west Riding) was held by Ailric and Gamel and valued at twenty shillings.

The Saxon Ailric had huge land holdings including the Parish of Silkstone of which Thurgoland was a township of that parish till thurgoland became a parish after the church was built.

Thurgoland in the past was very much in the production of wire making alongside Wortley Top and Low forges.

Starting at the top of Old Mill Lane (formerly Roper House Road) was Old MIll of 1624, further down the lane was New Wire Mill of about 1717 and nearer to the end of the lane was Tilt Mill / Slitting Mill thought to be early 1600s. The main product made from Thurgoland wire was sewing needles which went to the Redditch needle industry and later sewing machine needles.

The early land owners were the Earl of Wharncliffe, the Wentworths of Stainborough and the Spencer Stanhopes of Cawthorne, Cannon Hall.

The oldest property seems to be eastfiled Hall researched to its earliest date of 1336 and 1420 Pule Hill Farm and also Cheese Bottom Farm 1420, followed by other properties such as Roper House 1742, Huthwaite Hall 1748, The Old Town School, Roper Lane 1792, Methodist Church, Cote Late 1807, Holy Trinity Church 1842, Primitive Methodist Church 1855, present school 1852, this is to name a few up to the turn of the last century. 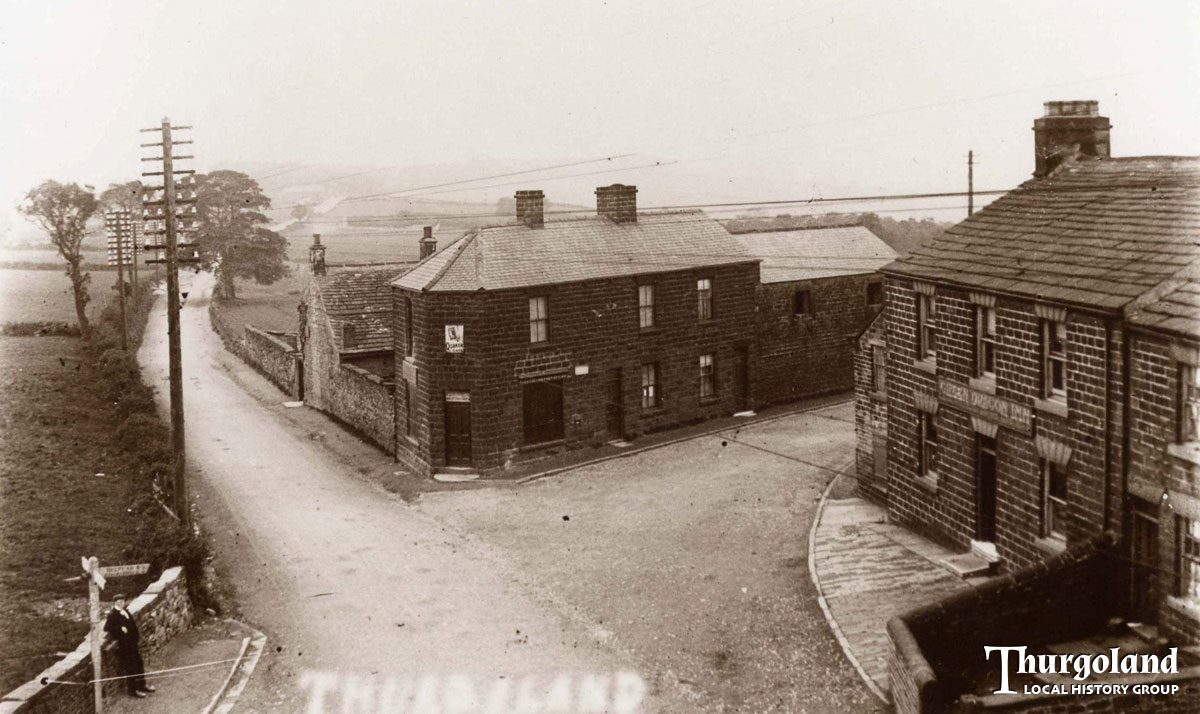